IGNITE –The Spark of Knowledge 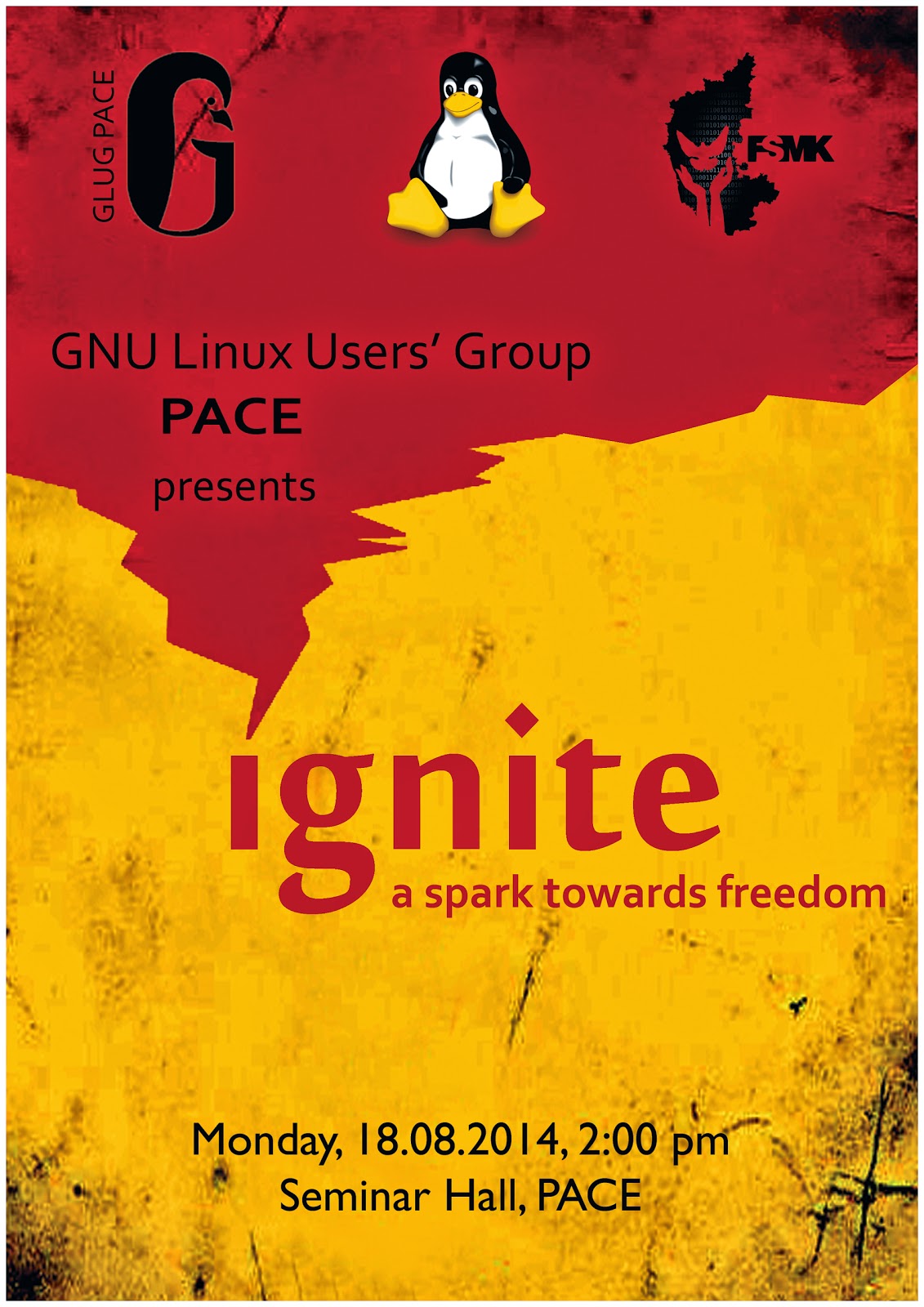 On 18th of August 2014, GLUG PACE: a community of students had hosted an inaugural event for the GLUG activities for the year 2014. This event was organized for spreading the awareness of free and open source software (FOSS) among the students of PACE. GLUG PACE is continuously working on spreading the awareness of FOSS among the students of PACE as well as different Engineering Colleges, Pre-University Colleges and Schools by organizing many events related FOSS.
Inauguration function was conducted in the presence of Dr. Abdul Shareef : Principle of PACE ,Mrs Doorathi: Head of the Department of IS , Dr. Zahid Ansari: Professor of CS Department, Mr. Yajnesh T: an alumnus and guest of honor , Sanjay Mahto: President of GLUG PACE along with the various lecturers and professors of various department.
The inaugural function saw more than 150 enthusiastic students of CS and IS department who were present to acquire the knowledge about FOSS. Initially GLUG volunteers had introduced participants about GLUG which was handled by Ms. Sheeja , A brief introduction on Free Movement Karnataka (FSMK) was given by Ms. Aparna.
Free Software Movement Karnataka (FSMK) is a non-profit organization working for spreading free software and its ideals. The movement is inspired by software freedom visionaries like Richard Stallman. FSMK is a community of like minded people who love free software. They spread awareness of FOSS and teach various FOSS technologies.
Mr. Yajnesh had initiated his session on FOSS technologies. He had introduced various FOSS technologies to the students along with their uses. Yajnesh is a member of pilot GLUG PACE group which was formed by Dr. Waseem Ahmed on 2008. The effort of GLUG PACE team was highly appreciated by the dignitaries of the event and motivated to continue apprising and teaching FOSS technologies to students.
In upcoming month GLUG PACE will be conducting python workshop in association of FSMK and PYCON. Later one of the main event “ByteStruck” will be conducted by GLUG PACE to introduce school and PU students with FOSS by conducting competitions on FOSS environment and encourage them to learn it. GLUG PACE has been conducting ByteStruck since 2008 with the continuous support and motivation from Head of The Department of CS: Dr. Ganesh Aithal. He has been continuously encouraging GLUG PACE team to organize such events educate students about the importance of FOSS.

FOSS is one of the most important term which everyone should be aware. GLUG PACE will continue the path of spreading knowledge and teach FOSS to everyone.
GO LIBRE, LIVE FREE
Posted by Unknown at 23:54 No comments:

Email ThisBlogThis!Share to TwitterShare to FacebookShare to Pinterest
Labels: 2014-2015

"Free Software is a software that respects your freedom and the social solidarity of you community. So it's free as in freedom."


It has been 30 years since Richard Stallman the father of free softwares has started the foundation for free softwares. Even though the idea of free softwares was established long back, the actual celebration of the freedom software day was on 28th of August 2004 and since 2006 the event has been held on third Saturday of every September. Being a part of GLUG even, we decided to celebrate software freedom day at our college.
So the best way to celebrate this event was by conducting a workshop where people from different colleges meet up to learn something new. Finally after discussing with the members of GLUG-Mangalore and FSMK we decided to have a two-day workshop on Python Programing language on 28th and 29th of September. On second half of 29th we decided to celebrate Software freedom day.

The Event was a Grand Success and to prove this lets see what our guests have to say
Mr. Sumit M Asok, who was one of the resource persons for the day has shared his experience regarding the event.
Mr. Sumit M Asok's Blog

One of the participants of Python workshop Sushobitha PS has also shared her views in her blog.
Sushobitha's Blog
Posted by Unknown at 04:59 No comments:

Here we are after two long weeks from the last GLUG session. This time the session was on a image manipulation program called GIMP.
GIMP in one among the top six alternatives for photoshop and unlike photoshop GIMP is a free and open source software.

Even after being very well planned, we had several hiccups due to some technical problems and to add upon that, the class room where the session had  to be conducted was all messed up due to teachers day celebration. So, the actual schedule did not work well for us and we decided to start the session at 3:00 PM. 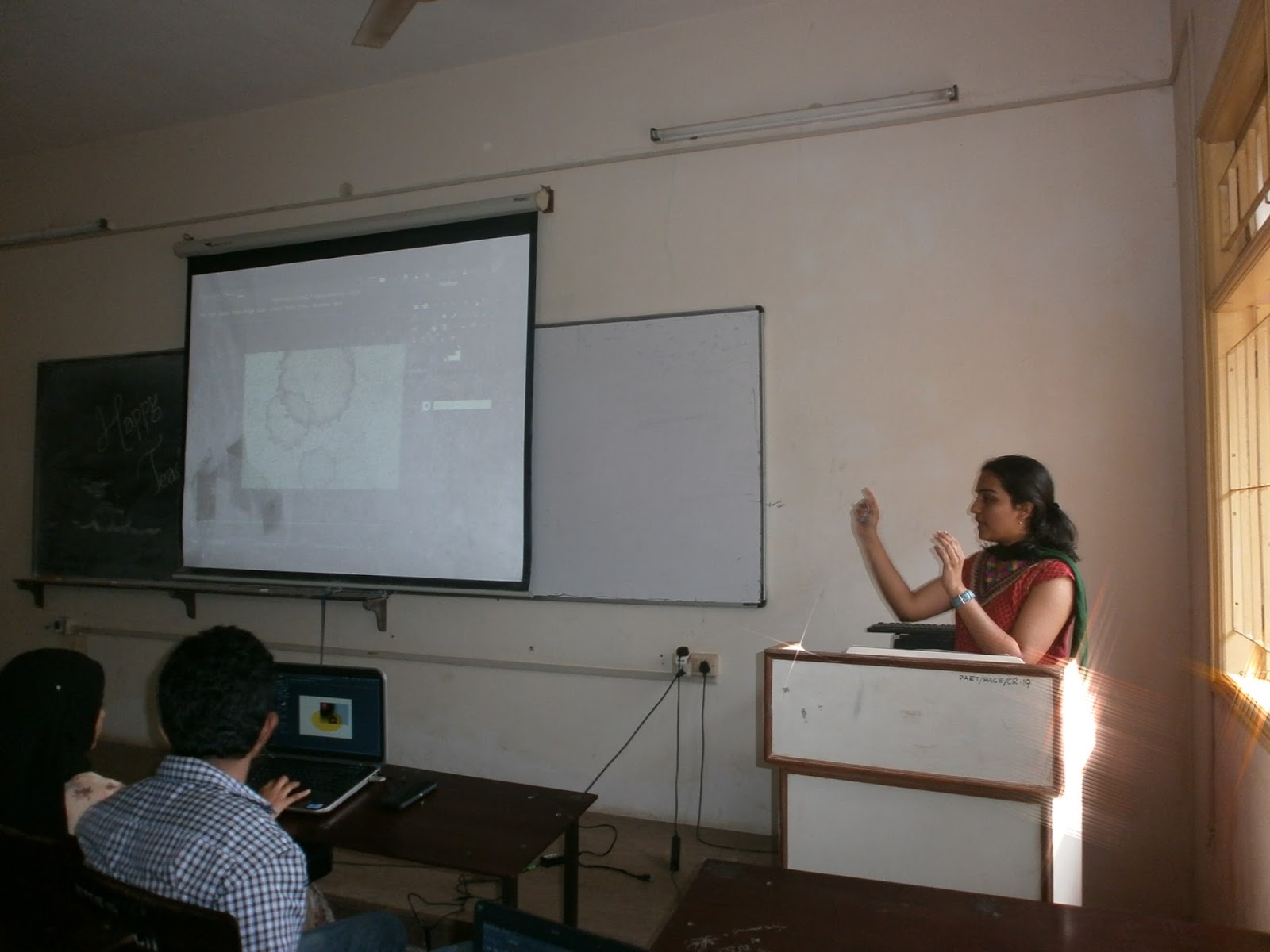 Since it was during class hours we did not expect more people but, like always it was a bolt from the blue.
Anubha Upadhya M from 5th sem CS hosted the session. She started with a impress (Libre office) presentation which included introduction about what is GIMP? How it started?...... which lasted for about 15 mins.
Soon after that the she continued with the hands on.

The session was amazing and we got a huge amount of appreciation from the students.
Actually we thought of having a session on BLENDER as well but, due to the shortage of time we had to postpone the session to next week.

Any suggestions on improving the session can be commented below.
Posted by Unknown at 09:06 No comments:

After the successful session on Android GLUG-PACE decided to conduct a session on Qt  on 11/08/2013. Unfortunately, we couldn't conduct the session since we had a full working day. So, we thought to conduct it on 15/08/2013 (Thursday) as some of the CS batches had a half-day holiday.
Though we had less no of students participated, it was successful.

Nawaf Abdul from 7th semester initiated the session by introducing the concepts of Qt and continued by demonstrating how to use a Qt creator, create widgets, use various tools and so on. The session also included hands on at the end.

Any suggestions on improving the sessions can be commented below.
Posted by Unknown at 08:40 No comments:

Today was our first GLUG session for the year 2012-2013.
The session was on Android.

Since Android has made great sway on today's generation we thought Android would be a great start, and it was. We were actually amazed to see all, including the newly recruited GLUG members actively participating, working, making best use of the time.

The session was conducted by Ashwin Valento and Devprasad Adapa both from 7th sem CS. 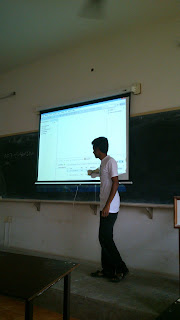 Ashwin introduced the concepts of Android and Devaprasad continued the session by some practical demos and hands on. 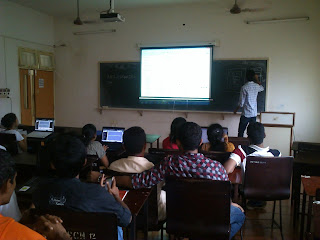 The Session was a great success!!! and this was known only when students demanded for another session of Android, which we have decided to conduct in the coming weeks.

Any suggestions and quarries - please comment below!
Posted by Unknown at 11:01 No comments:

It was Friday afternoon when we decided to have our first GLUG(GNU Linux Users Group) meet for the year 2013-2014. The main agenda was to unite all our GLUG members and discuss about the upcoming events for the year.

The meet started by discussing about the commencement of the events to be held in our college in the month of September and October. We decided to celebrate free software day in September by conducting a two day workshop in Python programming language, followed by the Byte Struct event in the month of October.

This time we are extending our GLUG activity by helping the students in the community, which was proposed by our new GLUG member Ruhia (3sem EC) who is a member of MAD (Make A Difference) MAD is a non-profit organization which helps under privileged students learn. Ruhia was helping these kids learn English. We under the name of GLUG Mangalore decided to help them learn computers and guide them use open source software, so we decided to free ourselves on weekends and take part in this activity.
Posted by Unknown at 06:43 No comments: